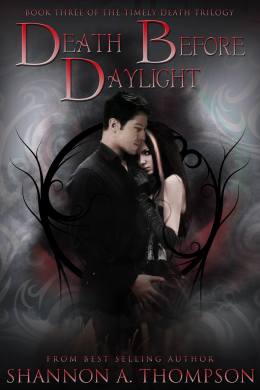 “Harmony would only come with destruction.”

The moment Eric and Jessica are reunited, they are torn apart. After the appearance of a new breed of shades and lights, the powers shift for the worse, and all three descendants find themselves face-to-face in the Light realm. When Darthon is in control, the last thing everyone expects is to finally hear the truth.

While Jessica learns the reason of her creation, Darthon’s identity is exposed to Eric—and only Eric—and Eric can no longer defend himself. With the eternities of the Light and the Dark resting on Jessica’s shoulders, she must choose who she will be—a light or a shade.

In the end, someone must die, and the end is near.

3 thoughts on “Death Before Daylight”