Welcome to the YA Scavenger Hunt! 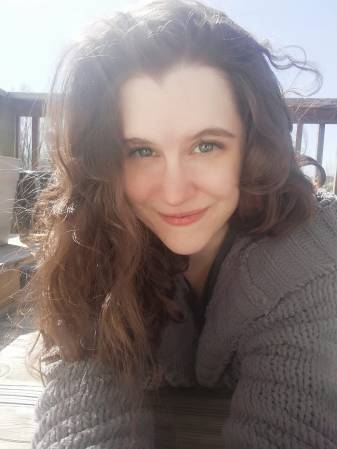 I’m on TEAM GREEN this year.

Searching for my exclusive bonus content? You’ll have to keep searching.

Somewhere on this blog hop, you can read an exclusive sneak peek of TOOK ME YESTERDAY, the sequel of Take Me Tomorrow that will soon be going up on Wattpad. You can also enter to win a signed copy of any of my books below. Before you go looking for it, check out the amazing author I’m hosting.

But maybe you need the rules first.

Directions: Below, you’ll notice that I’ve hidden my favorite number. Collect the favorite numbers of all the authors on the GREEN TEAM, and then add them up. (Don’t worry, you can use a calculator!)

Entry Form: Once you’ve added up all the numbers, make sure you fill out the form here to officially qualify for the grand prize. Only entries that have the correct number will qualify.

Rules: Open internationally, anyone below the age of 18 should have a parent or guardian’s permission to enter. To be eligible for the grand prize, you must submit the completed entry form by April 7 at noon Pacific Time. Entries sent without the correct number or without contact information will not be considered.

If you’d like to find out more about the hunt, see links to all the authors participating, and see the full list of prizes up for grabs, go to the YA Scavenger Hunt page.

Now that we all know the rules, please welcome…

I am super excited to be hosting…

Melinda R. Cordell is a former horticulturist turned proofreader, a chicken wrangler, and small-time naturalist. She’s written the Dragonriders of Skala series with Pauline Creeden, which is like Game of Thrones, only with Vikings.

About THE FLAME OF BATTLE

Dyrfinna is a born commander. She bests her peers in dragon riding, sword fighting, and battle strategy. So when the Queen calls the people of Skala to battle to revenge her murdered daughter, Dyrfinna leads her troops to victory in a series of hard-fought battles against overwhelming odds. Yet a commander is raised over her, and a disaster results in the massacre of a quarter of the Queen’s army. Then the commander unfairly blames a second disaster on Dyrfinna. The wrong stroke of her sword could undo everything she’s ever worked for … and exile to certain death.

Here’s a little story about how I came up with the idea of the main character for The Flame of Battle.

Well, Pauline Creeden and I met each other in a little collaboration group and decided to write a book together. Pauline said, “I have some cool book covers with Vikings and dragons on them so let’s write a story about Vikings and dragons.” I said, “Oo, shiny!” I’m a dragon fan anyway, so that was a no-brainer. However, I knew next to nothing about Vikings, so I jumped into the research.

Now, I’d just written a nonfiction book about women soldiers in the Civil War. I’d always been interested in military strategy, and war stories. When I was reading about Vikings, I read about a burial mound from Birka, Sweden that contained a female military commander who was buried with high military honors, from all the things that were buried with her. She had a hnefatafl, or a King’s Table, game buried with her. It’s a strategic game that’s something like chess.

Then a bunch of archeologists lost their minds, saying, “A woman can’t be a military commander! That’s impossible!” This is pretty much the same thing that some Civil War historians say about women soldiers in the Civil War. But that’s nonsense. Of course women can fight. Of course women can serve with distinction and valor in war. I know women who voluntarily signed up for military service. A bunch of yelling men ain’t going to change these facts.

Anyway, I read about this warrior, and wanted to write a story about that woman on the battlefield and how she might have gotten her start as a military commander. Except with dragons. And so that’s how I came up with the idea of Dyrfinna, leading her army division into battle.

The Flame of Battle also has dragons, and swords, and a little bit of romance, and a battle-hardened young woman willing to make the heartbreaking choices that come with war.

Thank you for coming on, Melinda!

I love hearing what inspires writers. They’re like super hero origin stories, right? (And, seriously, how cool is that tidbit of history?) The last time I read such an interesting origin tale was 23 days ago. I suggest taking that information and entering the YASH contest for a chance to win a ton of books by me and many more. Just check out all these awesome titles on the GREEN TEAM. 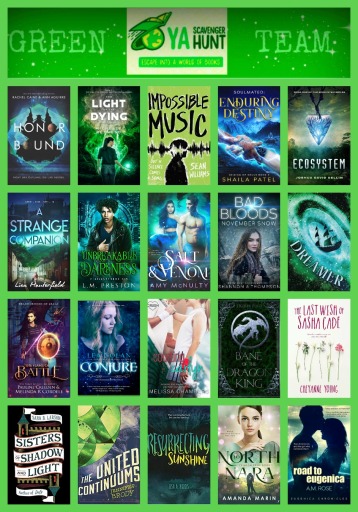 To enter, you need to write down my fav number, and find all the other numbers on the GREEN TEAM, add them up, and you’ll have the secret code to enter for the grand prize!

Thank you so much for stopping by! While you’re here, don’t forget to enter the Rafflecopter bonus contest I am hosting exclusively during the YA Scavenger Hunt. One lucky reader will win a signed copy of ANY of my books. They will also win signed swag from both of my series. Good luck! 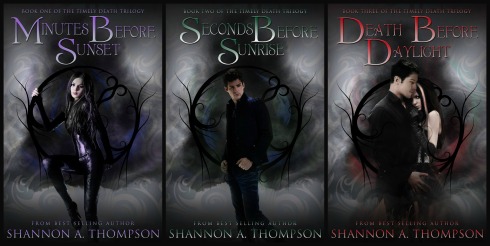 Enter this Rafflecopter for your chance to win.

Ready to move on to the next link in the hunt? Then head on over to visit author SARA B LARSON’s page.

LINK TO NEXT BLOG