Voice. A singular word that makes most writers cringe, especially if you’re just starting out. But it doesn’t have to! Finding your “voice” can be a fun adventure, and today, author Ryan Attard, is discussing the ever-dreaded topic most avoid.

Disclaimer: The views and opinions expressed in guest articles are those of the author/s and do not necessarily reflect my own. To show authenticity of the featured writer, articles are posted as provided (a.k.a. I do not edit them). However, the format may have changed.

If you’ve been writing for any length of time, you would have come across the concept of an author’s voice – one of the most confusing concepts out there in terms of writer’s education. We hear it all the time, whether we are writing a book, talking about one, or even writing those dreaded query letters; readers, writers and agents alike are all seeking voice.

But what the hell is this thing?

Your voice is your identity as a writer; it’s what makes your words yours (barring some long and boring copyright agreement that I will not include here, because I’d like everyone to read this without feeling like they have to drive a long rush nail into their cerebral cortex afterwards).

Your voice is who you are; what makes you choose what words to write; or what drives you to write them in the first place. But without going all Flower Power, let’s talk about this from a technical perspective.

When you read an author, if they have found their voice, you will find yourself inevitably either loving or hating that author. There is very little middle ground here, simply because now you know what that author is all about. You know where they’re going to go, even if they get better – and that either jives with you or it doesn’t. This is what differs a pro writer from someone who’s just starting out. The reason why established authors tend to sell a bajillion copies of their work is because we as readers identify with that story – or rather the voice of that author in telling the story.

I know… no one said this was easy to wrap your head around.

Think of J.K. Rowling for example. Yeah, Harry Potter is a great story, and it’s got its ups and down, but the reason fans still go gaga over it years after the last book (and movie) ended is because of Rowling’s voice. We can all sit down and write the exact same story, with the exact same characters and mechanics (but no Time-turner cos that’s bullshit!) and we’d all end up with a slightly different story – better or worse. A more recent example is Patrick Rothfuss: story-wise there is little to engage us in his series. On face value it’s about a guy telling us about his past in a school. So why does it have raving fans (guilty as charged) clamoring for the third book, like a riot happening outside of Conan Doyle’s house when he literally threw Sherlock of a cliff? (okay, technically it was a waterfall, but that really doesn’t have the same punch does it?)

The point is, a massive success goes beyond the perfect plot. It takes an author who really knows themselves and who really knows not only what they are writing about but also who are they writing for, as well as why; all in addition to a great story.

Better yet, that great story has to fit your author’s voice. This is a rookie mistake (one that I am guilty of) – we see something on TV, or read something awesome, and be like “Hey, I can do that!”

No, you can’t. Or rather, you can, but expect it to go down the crapper at around page 17. Sure if you want to steal an idea, or a setting, or a trope, it’s all fair game. ‘Talent borrows, Genius steals,’ as Oscar Wilde said.

But whatever you do make sure it all fits with YOU – as an artist, as a creator. It’s common when starting out have an inconsistent voice. Think of it in this way: when we are children we hear all sorts of phrases and inflections and whatnot, and we simply imitate. And the only way we have of sifting through this chaos is by doing it even more, eventually eliminating what sounds unnatural to us. 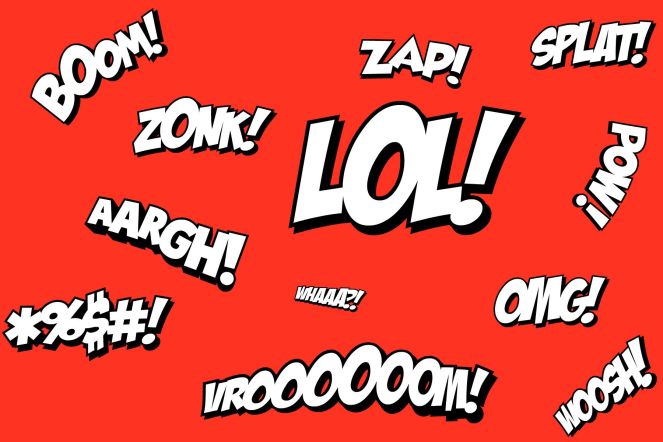 So how can you find your author’s voice? Well, you can write, write and then write some more… but there is a way to shortcut it – if you think about it.

Yeah, that’s the trick… think about it. Simply reread some of your stuff, analyze what you’re doing, and pick what sounds most natural. It takes time, sure, but more importantly it takes dedication and the willingness to go through with your crazy ideas (some of which you really need to write down).

And once you find your voice, you’re golden. Because whether you are writing the next bestseller, a query letter, or even a tweet, you will have identified yourself through your writing. I’ll end with this quote from Youtuber and fellow author Garrett Robinson (whose video inspired me to write this post. Highly recommend you checking it out here) who said:

“An author’s voice, once perfected, is more unique to them that their fingerprints.”

May you go forth and write according to the voices in your head,

Ryan Attard is the author of the Legacy series, The Pandora Chronicles and, as of recently, Evil Plan Inc. When not tormenting his protagonists or ruling over his imaginary worlds, Ryan can be found within the confines of his house on an island far, far away, either geeking out about the latest book or manga chapter he read, or a television show he just finished watching.

He can also be found spewing his opinions and telling terrible jokes on his weekly podcast, The Lurking Voice podcast, which can be found through his website (although if you are easily offended you should definitely not listen).

He is also the kind of person who writes about himself in the third person.

Join the Mailing List and get an exclusive free copy of the Legacy Short Story Collection – 1 novella, 6 short stories and 50K+ words of pure awesome.  Sign up now!

Want to be a guest blogger? Now is the time to submit. I will be stopping guest blog posts in November, but before then, I would love to have you on! I am accepting original posts that focus on reading and writing. Pictures, links, and a bio are encouraged. You do not have to be published. If you qualify, please email me at shannonathompson@aol.com.

A few days ago, I found out that Minutes Before Sunset hit #953 in Fantasy and #935 in Romance-Paranormal on Amazon. It’s very exciting to be in the top 1,000. Thank you for your support! I hope you’re enjoying the read this holiday season.

Today is my half-birthday. I’m simply mentioning it because I LOVE half-birthdays, and I thought that I would celebrate today by sharing a bunch of exciting and helpful websites I’ve come across for readers and writers. (I always share them on my Author Facebook Page.)

I did this last month and randomly throughout the year, but I made the decision to share these articles at the end of every month. This is a little earlier than I’m planning, but I don’t want to interrupt the holiday season with the websites. The articles below are organized by Writing, Reading, and Articles to Spark the Imagination. I hope you enjoy them as much I did.

The 20 Most Controversial Rules in the Grammar World: I would love to debate these.

100 Awesome Open Courses for Bibliophiles: Free courses over information about the history of books and manuscripts, linguistics, foreign literature, ancient texts and more.

These Stereotypes About Book Lovers are Absolutely True, and That’s a Good Thing: very cute list.

15 Timeless Observations from History’s Greatest Dystopian Novels: there’s a reason these novels challenge the way a reader looks at society.

25 Banned Books You Should Read Today

Articles to Spark the Imagination:

17 Mysteries Awaiting Explanations: Maybe your novel will be the explanation everyone is looking for.

And, just for fun, someone added a few of my quotes to QuoTelly.com – Best Quotes on the Planet.

Hope everyone is staying warm!